In which The Author is in nostalgic mood (again!) 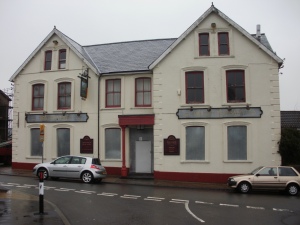 I doubt whether it’ll ever reopen as a pub in my lifetime. As far as the powers that be are concerned, it’ll just be a casualty of the economic downturn – only one of the two hundred pubs (at least) that closed their doors for the last time in January 2010.
And after all that, Doz didn’t even make it to the final session. I went home at about 12.30, leaving a sad trail of footprints in the snow that had fallen while we were inside. The gang from the White Lion had come up to say goodbye to Joy and it was getting a bit boisterous in there. Anyway, there was no draught lager (what would have been the point of stocking up?) and I don’t care much for it out of a can.
I can’t help wondering how many more pub closing parties I’ll go to before the year’s out.
Advertisement

6 thoughts on “Another One Bites the Dust”