Armed only with the names of a pub and a club, and a rudimentary knowledge of the local geography, I made my way to the tram stop. The rain had stopped while we were in the studio and the cloud had started to break up. A good few hours had passed since I’d first arrived, and Salford Quays had changed into its night attire. By day, it’s a bold redevelopment of a post-industrial blot on the landscape; by night, it becomes the set of Blade Runner: 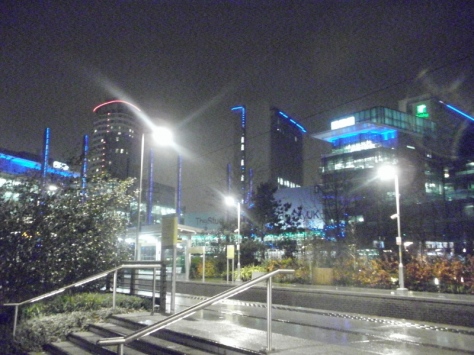