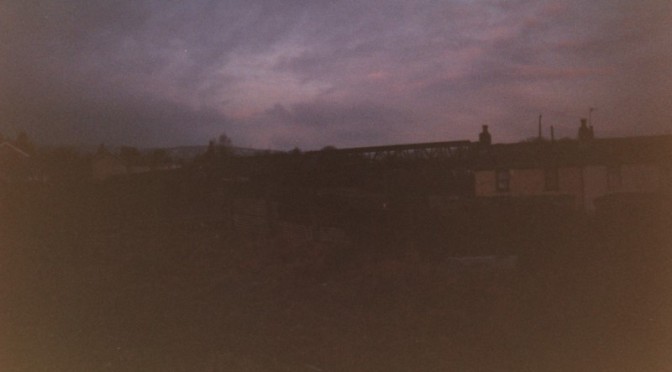 In which The Author’s theory is vindicated

In Beyond the Railway I mentioned that Geoff E. and I had come up against a small snag in our project to trace the origins of the old Cynon Valley street names. Geoff (very reasonably) had concluded that Bridge Street in Robertstown took its name from the bridge over the railway line, linking the village to the eastern end of Tudor Terrace.
However, I’d studied the old Ordnance Survey maps and noticed that Bridge Street pre-dated the bridge by at least a couple of decades. I suggested that the ‘bridge’ in question was the footbridge across the Cynon, a short stagger from The Gadlys Arms, at the other end of Bridge Street. That casual observation set Geoff a new mini-research project, which bore fruit a couple of weeks ago.
I felt a bit guilty about not doing the spadework myself, to be honest. The problem is that I don’t have access to the Internet at home, whereas Geoff does. That means that he’s able to dig through the local archives, Welsh Newspapers Online, and various other digital resources when the Library isn’t open. Dr Colin Rees got onto the case too, and sent us some old photos of the footbridge, as well as a sketch which he’d made.

These show the bridge as I remember it from my childhood, when it was painted green and only the railway lines ran underneath it. When the bypass was built in the early 1980s, most of the lines were taken up, except for a single track running to Tower Colliery. The road and railway now pass underneath a new bridge, which was put there in the late 1980s or early 1990s.
I have a single photograph of the old bridge, which I took early one winter morning on the way to work. It’s not very clear, as I took it from a distance. I think I’d heard that the ‘green bridge’ was about to be replaced, and took that one photo for posterity. It’s quite possibly the ‘seed’ from which my Vanishing Valleys project later developed. 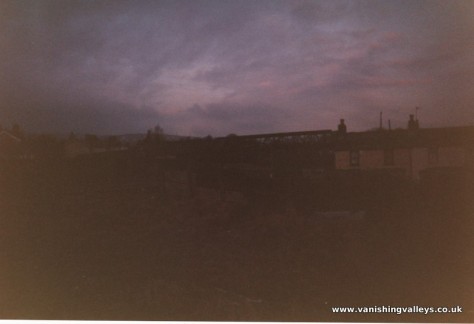 The current bridge must have been installed in order to prevent people jumping onto the road, as its superstructure is enclosed within a box-like steel grid for some distance. (I think it’s slightly higher than the previous bridge, too.) Two freight trains a day run underneath it, making their way to and from Tower Washery.

Geoff emailed me about a fortnight ago, to say that my theory had paid off. Not only was the bridge constructed much later than Bridge Street, it was also built later than the Cynon Valley History Society had stated in an edition of their newsletter Hanes. In fact, it was opened exactly a hundred years ago this weekend. How’s that for perfect timing, eh?
Geoff had been trawling through old copies of the Aberdare Leader online, looking for material to use in the final Hanes of this year. In the issue dated 24 December 1914, on page 7, he’d found quite a lengthy report about the opening of the new bridge. It must have been quite an occasion, as the Leader report makes clear:

FORMAL OPENING OF A NEW BRIDGE