In which The Author has an answer to cold callers

For no apparent reason, a few of my Facebook friends have embarked on a discussion about evangelists tonight. Maybe the Jehovah’s Witnesses are on the prowl in Aberdare. I’m safe, as I’ve been in the pub since midday. Unlike the Sally Army, the Jovies will never cross the threshold of a pub in case they get sucked into the morass of vice and sin.
Having said that, I know a number of ex-Witnesses who have descended deep into the depths of beer, drugs, sex, music, and other unsavoury pursuits. I met most of them in the Carpenters Arms in Aberdare, which was not a place you’d expect to find your average God botherer.
As I told you in Meet the Parents, my own relationship with organised religion has been sketchy at best since I was in primary school. Go back a generation and things changed radically. Dad, Uncle Pat, Auntie Josie and Cousin Denis were stalwarts of St Joseph’s RC Church in Aberdare. Mother was raised in the Pentecostal chapel in Hirwaun. I came out of this bizarre melting pot as an atheist at best.
But Dad never broke free of the indoctrination he was subjected to as a youngster. I was privileged to witness his final assault on the God-botherers. Very late in his life, Dad was in the kitchen, getting ready to plate up his Sunday dinner. Through the kitchen window he spotted some Jovies doing the rounds of our little estate in Llwydcoed. He probably wouldn’t have mentioned it, but they used to come around every single week. Dad lived in a first floor flat, so it wasn’t convenient for him to plod downstairs to every random caller. The same was true for most people who lived in Penyard. At least they could opt out of junk mail. Following Dad’s tip-off, I virtually counted down the seconds until the God-botherers knocked on the door.
Dad charged downstairs and thrust open the front door. In front of him were two teenagers, a boy and a girl, each immaculately dressed and holding a handful of tracts.
‘Hello,’ said the boy, ‘We’d like to talk to you about the Bible.’
‘Really?’ said Dad. ‘Let’s talk about my favourite piece of scripture, shall we? Matthew, Chapter four, verse four.’
Without a hiccup, the young man said, ‘Man shall not live by bread alone—’
‘That’s the one,’ Dad said sharply. ‘Now, I’m just about to take a leg of lamb out of the oven – so fuck off!’
Advertisement In which The Author doesn’t know about Art 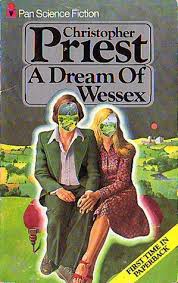