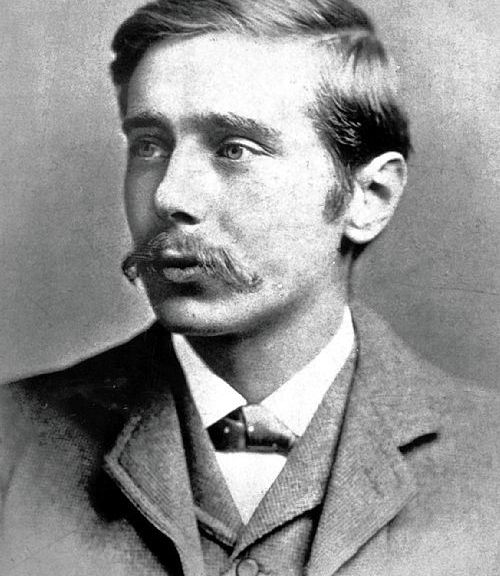 In which The Author sorts some stuff out

About ten years ago Ringo Starr published a book called Postcards From the Boys (Cassell, 2005). While Mr Starr was stuck at home in the 1970s, raising a family and releasing the odd record now and then, his former bandmates were enjoying varied success across the world. The book was full of picture postcards which John Lennon, Paul McCartney and George Harrison had sent to Mr Starr while they were touring. A lot of them had quirky messages, cartoons, or witty observations; they all bore attractive pictures of far-off cities.
In the era of digital photography, Facebook and Instagram, the writing and sending of picture postcards has become something of a dying art. The ephemeral photos on Facebook are all very well for a quick scroll down, but they don’t tell you anything about the person who’s taken them, or their relationship to the person seeing them.
Postcards are different. You have to find a nice card – one which the recipient will enjoy seeing – and then tailor a message which fits into the small space available. It’s a far more personal and lasting record of a holiday, and a good way to look back together.
I’ve always enjoyed sending postcards. I once freaked Baz out by sending him three M.C Escher postcards bearing little Zen koans, which arrived on the morning of his final university exam.
When Sam H. and I were in Ireland in 1996, it took me an eight mile round trip on foot to find a shop which sold them. Sam took the piss, saying she didn’t see the point of it. Eventually I tracked a small selection down in the only shop within easy shouting distance of the hamlet where we were staying – a Spar mini-market with a post office next door. (Mind you, we were eleven miles from the bus stop, so you can’t blame us for shopping local(-ish), can you?) I found it on Tuesday. It’s a bit faded and slightly foxed, but still readable.
Maybe it’s for this reason that I positively encourage my friends to send me postcards from their trips abroad – or even closer to home. I’ve been collecting them for a long time, now that I come to think about it. While I was still working in the book trade, I’d managed to build up quite a collection of cards.
Before I finished work, I treated myself to a large laminated world map. I had the plan of putting my collection on the wall around the map, with bits of cotton showing exactly where each card had come from. I encouraged my friends to send me a card whenever they went on holiday, but I never got round to decorating the wall as planned.
On Tuesday, confined to the house by torrential rain and a heavy cold, I decided to dig out my collection (which was stored in an old biscuit tin) and make a start on the project. I was pleasantly surprised to learn just how many cards I’ve received over the years. They reminded me of good friends I haven’t seen for a long time, and some whom I won’t see until we meet again in the Undying Lands.
I’ve still got the card that Julian sent us from San Francisco when he was globetrotting, long before his life turned upside down. I’m sure I must have kept the card which Kathleen sent me from New York, at about the same time, but that hasn’t turned up yet. I found the card Phil sent us from Bulgaria, when he and a gang of mates went there years ago, and another which he sent from Glastonbury when he and his girlfriend Jayne were staying nearby. I’ve even got one which Sam sent (reluctantly) from Minehead Butlins, when she and her colleagues took the clients from the care home for a week away.

There’s a whole series of cards from Chris and Rhuddian. They’re both scuba diving enthusiasts, so they’ve sent me several cards from exotic locations, with increasingly odd messages. The first, sent from Egypt, simply says IT’S HOT. The second, sent from Dubai (or possibly Abu Dhabi) a couple of years later, says something like IT’S HOT HERE TOO! (PROMISED I’D WRITE MORE THIS TIME). I’ve even got one which arrived without a stamp. I was in the Conway one night when they walked in, and Chris plonked a card on the table in front of me.
‘We were getting off the plane when we realized we’d forgotten to post it,’ he laughed.
The Middle East and North Africa is quite well represented in my collection. I’ve got a couple from Tunisia, at least three from Egypt, and (believe it or not), one from Libya. I know it’s not at the top of the tourist itinerary, but my friend John K. is a civil engineer, and his company was bidding for a large contract after the fall of Colonel Gadaffi.
As a result, I’ve probably got enough camels to buy a couple of daughters from a passing Bedouin. (Actually, as I told the girls in my Creative Writing workshop one day, never barter with camels. It all gets very messy – you have to have your change in goats…)
I’ve got a large number of cards from Thailand. Alan R-B., one of the guys I used to work with, sent me at least two from his holiday there after he finished in Waterstone’s. Dene W., an old mate from school, sent me quite a number of cards from his time in the country, all with witty messages. One of them shows a tranquil beach and a gilded Buddha, and he described it as ‘one side of town’. The other is a riot of neon signs advertising bars, live shows, girls, and other pleasures of the flesh – the sort of thing that you used to see in Soho before it became a tourist trap full of coffee shops. Dene described that one as ‘the other side of town – a cross between Hamburg and Berlin’. Just when I thought I couldn’t top Thailand for exoticism, though, Darren M. and his brother Martyn sent me a card from Cambodia a few months ago.

I’ve got a fair collection from Canada, most of which came from Dene too. Richard F. sent me one from Vancouver, featuring a great photo of the city library, which looks like nothing on Earth. I found one from Montreal, and I had to think for a few minutes before I remembered who Gareth and Anna were. The penny dropped when I remembered a very laid-back Welsh-speaking rock guitarist and his rather eccentric girlfriend, both of whom had worked as Xmas temps in Dillons in about 1997 or so.
I found the one which the lovely Jasmin sent me when she got back to Stuttgart. Unfortunately, by the time it arrived I’d mislaid her address, so I was never able to return the favour. (I’m not even sure whether you can buy postcards showing Aberdare, mind you.)
I found a whole series from French Judith chronicling her round-the-world trip: Australia, the USA, Canada, and back home to Brittany. French Sarah sent me a card from Bremen in Germany at about the same time. I’m sure she sent me a card from Japan too, but that hasn’t turned up yet. It’s probably in the pile of junk on my desk.
Richard F. usually has an eye for the unusual. He sent me a card from Spain showing a rather macabre advertising poster from back in the day. Another was a print of a great painting showing a confrontation between the Moors and the Christians even further back in the day. Pam went to Spain too, and sent me a card from the Dalí Museum collection. I didn’t have the heart to tell her I’m more of a Magritte man.
Keith and Heather sent me a couple of cards from their travels. In one from Tenby, Keith mentioned that they were staying in a street where Augustus John once lived, and said something like, ‘I feel quite at home in his disreputable company’. Another, from Greece, features an extremely priapic statue of a demigod, and bears Keith’s message, ‘Hope this finds you standing proud and firm’.
My old work friends were usually reliable when it came to cards. I’ve got a card from Mexico, which Jason D. and Jake sent to Waterstone’s when they were on holiday, and which was donated to my collection. Canadian Michael also sent a couple to the shop and one or two to my house, with sarcastic messages about the nightlife in Nova Scotia. Trish sent me one from Antigua, when she was out there for her sister’s wedding. Louise D. sent me one from Florence and another from New York. Jeff sent me a card from Scotland, when he was on a coach tour of steam trains and whisky distilleries. (He must have been the youngest person in the party, in fairness.) Jayne T. sent me a card from Iceland, of all places, just after the eruption of the unpronounceable volcano. Nerys still hasn’t sent me a card from New Zealand. She’s been out there for about fifteen years, so she doesn’t really have an excuse any more.
I’ve got a few cards from Australia, sent by friends who were down under for a spell. Dr Steve H. sent me a card from the Maldives when he was out there with his family. My map is a good way of charting the changing tourist hot-spots over time.
Speaking of hot-spots, Dene sent me a card from the charming Swedish town of Hell. As he said in his message, plenty of people had told him to go there over the years, so he’d finally taken the hint.
Gap year students and TESOL practitioners are a good source of postcards, too. Siân H. sent me quite a few from her travels in South America, including one from the Atacama Desert (the driest place on Earth, apparently, so not likely to be twinned with Aberdare any time soon), and another from the very southern tip of Argentina. Laura D. sent me a card from Macchu Pichu, the old Inca city high in the Andes. It has to be said that my friends tend to go off the beaten track, doesn’t it? 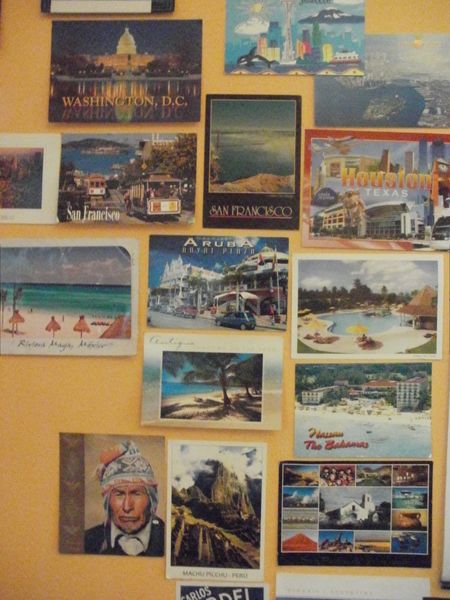